The tables and chairs of western restaurants on the market can be divided into three categories according to their style. One is simple fashion type, such as modern simple style. One is exquisite retro type, such as European style and Chinese style. The other is natural clear new style, such as American country, Nordic style. But there is a style are not among these three categories. That is industrial restaurant tables and chairs! 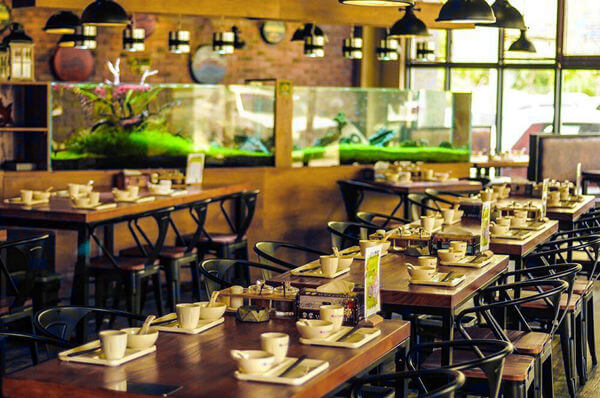 First of all, let's take a look at the origin of industrial style!


Belonging to the retro style, industrial style shows a kind of architectural and decorative style in the 1940s.

In the 1940s, as a result of the outbreak of Industrial Revolution and the impact of the World War II, many industrial plants in Western countries were abandoned and decommissioned. The abandoned factories were later converted into bars, cafes, restaurants and bedrooms by many thoughtful designers.

These buildings were originally factory buildings. So they still retained some of the original appearance of factory after renovated. Such as open space environment, bare wall bricks, iron which can be seen everywhere, log decoration and furniture. Later, this industrial style of architecture and furniture was deeply excavated by designers. Forming its unique decorative style. That is, today's industrial dining tables and chairs, industrial style and restaurant.

The reason why tables and chairs in industrial-style restaurants are unusual is that the origin of industrial style itself is a kind of waste utilization. So although it is a retro style, but it is not at all as exquisite as the retro style should be. On the contrary, it shows the iron and blood unique to the war years of last century. This rugged, nostalgic design style has won the favor of many young people today. That's why there are so many bars and western restaurants that customize a lot of industrial tables and chairs. 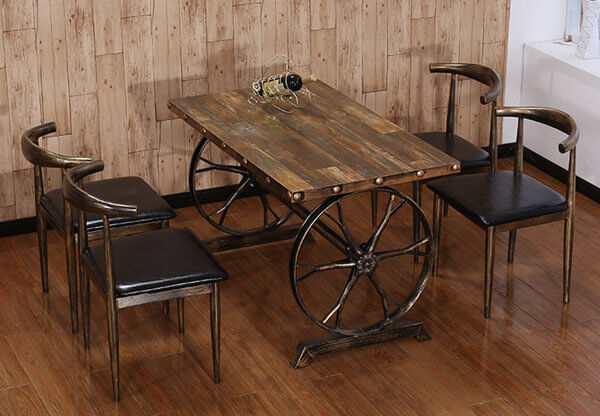 After introducing the origin, let's take a look at the characteristics of industrial style restaurant tables and chairs!